Radio Legend, We Are Excited 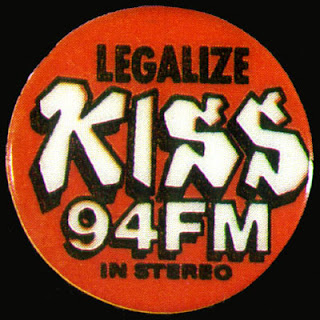 Remember having the radio at the side of the bed at 4am, you'd just got back home, couldn't sleep due to the thrill of being alive, awake with the dawn chorus and listening to tracks on air you couldn't hear elsewhere? Those dulcet tones at 4am belonged to Patrick Forge, a man as passionate and determined about specialist music as those who ran the pirate radio station from which his voice reached us. At the time KissFM was a groundbreaker, it was fun, it had that home-made edge before becoming corporatised and same-same-same-ish (Rinse, take note). Forge played out latin-jazz and early electronica hosting nights across London, championing new music and DJing on KissFM for no less than 18 years from 1990. We love this man!
So enjoy an hour of Forge-left-field on Sat night from 11-midnight, we will....

In the 2nd half of tonight's show feature a mix of recent recording that were complied for the performance, "Variations for Rooms and a Tone". These recordings will form the basis of documentation to be released early next year, but in tonight's show there are presented "as is" Variations for Rooms and Tones is an installation performance making audible the resonant frequencies of a space. As the feedback tones vie against each other for priority, the chord mutates. The introduction of these tuned tones destabilises the feedback; enrichments of tone resound, dense modulations are created, sound peaks are formed in specific areas and the unique voice of the architecture can be coaxed toward complex flourishes. Each performance is unique, as the resonant properties of a building are never identical.

Flower Travellin' Band at the End of a Journey 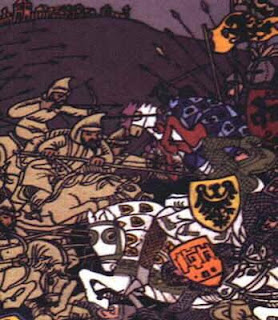 A selection of more unusual and experimental Arabic and Middle-East inspired music for Saturday night. The show is informed by Fari B's recent trip to Exit festival and a collection of politically charged titles and content.
In the second half of tonight's show, we feature a variety of compositions created on a very unusual optical synthesiser, the ANS. Designed by Evgeny Murzin in 193, the ANS was an early Russian synthesiser that used an optical scanning head to control a bank of sine wave oscillators. The programme features works by Alfred Schnittke, Edward Artemiev taken from the album "Electroshock Presents: Electroacoustic Music"