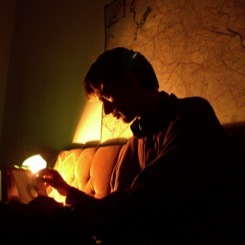 Tonight from 11-midnight a one hour mix of German funk from DJ Slingshot. A 7 inch enthusiast, DJ Slingshot has been producing mixes and podcasts for many years.
This one made in Germany, a new ambient mix veers from edgy to kitch, breaks to Italo electro with a dash of library thrown in amongst the Krautrock is called: Krauts Have a Funky Soul.

If you have tunes or mixes that you feel fit the bill, contact us here or on Facebook via the web and we'll have a listen ...

Tune in on 104.4FM, or www.resonancefm.com/listen
0 comments
Email ThisBlogThis!Share to TwitterShare to FacebookShare to Pinterest 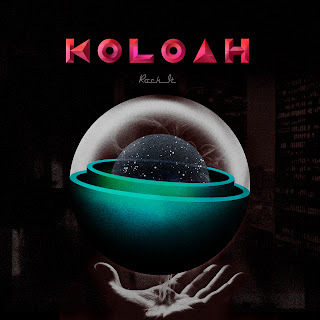 Who said no one listens to entire albums anymore? Tonight's Free Lab Radio is a double album Xpoloration of two albums, one by Miguel Baptista Benedict and one by Koloah. We move between clear-cut programmed bass-driven beats, and cut up experiments that show an irrelevance for such formalities. Yet there are threads that bring them together, you dear listeners, will likely discern. 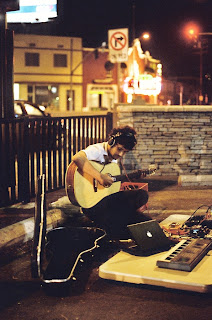 Miguel Baptista Benedict on releases on Brainfeed, Aphonia and Ninjatune. Based in Los Angeles, United States Benedict is a noise artist, vocalist and composer. He's been grandiosely called "a continuation of the dadaist movement" but in truth he's just a brave, dedicated talent with an ear for musical dissonance, hauntology and home made recording. Of his latest album he said " It’s supposed to be pronounced “Superb Children” I was trying to go for multiplicity but also individuality.”

Detroit-Beirut based artist and musician Joe Namy aka El Iqaa explores his Lebanese identity through sound, archive and the word. For this Saturday's Free Lab Radio Show we journey with him on a two album mix, involving some very short snippets of sound that are an audible connection between his magpie-style practice of picking up sounds around him, and his digital work as a music producer. Catch it on air from 11pm-midnight, details below.  Namy's audio work is interesting to us because in his hands, the music plundered becomes a tool for a sonic exploration, ResonanceFM being the representative home of sonic exploration in the UK. WE met Namy at Art Dubai, and interviewed him for our radio project Eavesdropper/ Falgoosh, but tonight the words are only embedded within the sounds.

So how does Namy present these explorations? As El Iqaa, Joe Namy works with sampled sounds, documentary / music videos and photography to investigate aspects of identity, memory, power and currents encoded in music. He says his ideas 'often revolve around the space between two technics turntables' - between fading and amplifying.  Namy has produced two albums under the moniker El Iqaa, 'Detroit Beirut' (2007) and 'Circulate'
نشر(2011. Namy explores these issues through quotes and cuts from specific definitive samples (ranging from Abdel Halim Hafez to Pierre Boulez, Amiri Baraka to Trisha Donnelly + much more). The splices in these albums are mixed with original recorded sounds to create a dialogue between the past and the future, in hopes of trying to make sense of the present, and grapple with issues around language and translation, memory, movement, electricity ( as an energy resource) and appropriation.

Namy also hosts a sporadically frequent radio program Electric Kahraba on artonair.org.  You can check more of his sounds and other exploratory projects, often exploring the musical history of his roots, at www.olivetones.com
To listen tune into 104.4FM on your transistor dial if you're one of London's millions of inhabitants, or listen online www.resonancefm.com
0 comments
Email ThisBlogThis!Share to TwitterShare to FacebookShare to Pinterest
Labels: art, Beirut, cassette culture, detroit, el iqaa, joe namy, lebanon, middle east, sampling, sound, USA