Things Worth Waiting For - Debruit Sudanese


This release makes the most of those who are tired with "world music" 'womex" memes and tropes.  Debruit has never ever sounded anything but original, and here more than ever, his often subtle refinement of exiting tracks pays off. Soundway records present a haunting take on Sudanese music by French artist / producer, Débruit. Featured are the ethereal lyrics and melodies of Sudanese-born singer Alsarah. Who will give us a translation?

Aljawal (The Traveller) conjures traditional ideas of nomadic travel but for 21st century.

Each song reflects a new stop in the journey, with new cities and new people along the way. When Alsarah first heard Débruit's music she sensed and recognised a fellow traveller through the space and geography of his influences, a sense of time and history coupled with a forward-thinking futuristic outlook.
Born in the capital city of Sudan, Khartoum, Alsarah spent the first 8 years of her life here before she relocated to Taez, Yemen with her family to escape the ever-stifling regime in her native country. She abruptly moved to the US in 1994, when a brief civil war broke out in Yemen, and has lived there to this day.
Xavier Thomas revealed Débruit in 2008 with 2 sold out 12″s for his and Fulgeance’s Parisian “Musique Large” imprint. Three more EPs on Civil Music followed that included his hit 'Nigeria What'. Piquing interest from the likes of XLR8R, Fact Mag, Benji B and Gilles Peterson his debut album ‘From The Horizon’ came out last year. His dazzling live electronics show has taken him around the world, from Russia to New York, Glastonbury to Sonar.
On Aljawal he managed to capture and play with an analog sound that stretched the boundaries of the Sudanese rhythms and melodies that Alsarah had grown up with. A unique record was imagined and is finally presented here after a 2 year interplay of ideas and interaction between France and Brooklyn: Alsarah’s adopted home. 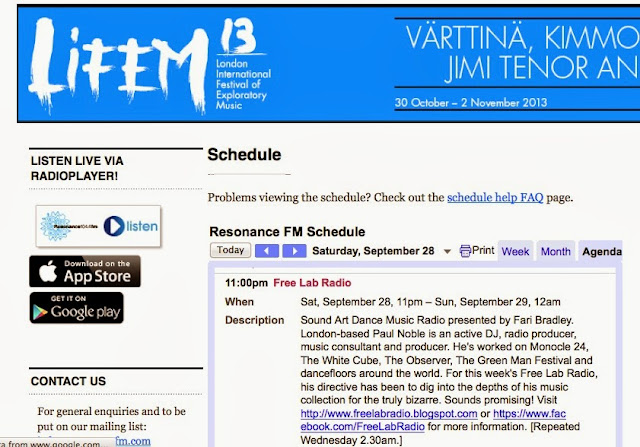 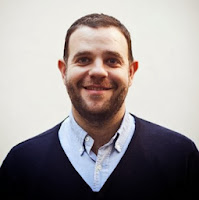 He's worked on Monocle 24, The White Cube, The Observer, The Green Man Festival and dancefloors around the world.

For this week's Free Lab Radio, his directive has been to dig into the depths of his music collection for the truly bizarre. Sounds promising! 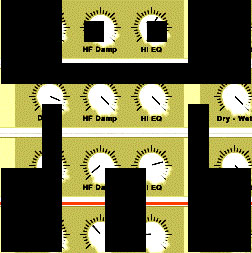 A supertronic mix for Free Lab Radio by Robodub (Simon Mathewson, UK) a DJ who's mixed for WMFU in the past and a producer released on Ergo Phizmiz's net label Chinstrap.

Robodub, has been messing about with cheap synths, broken delay units, drum machines and 2nd hand laptops producing dub-orientated and more experimental music for years. In fact so connected is he to his machines that he is not yet sure if he himself is a robot or not.


2 comments
Email ThisBlogThis!Share to TwitterShare to FacebookShare to Pinterest 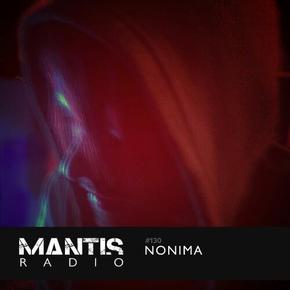 Tonight, 11pm, an hour of solid music mixed by Scotland-based Nomina, as a live set for Mantis Radio, a station that specialises in darkfloor electronica, in May 2013. Nomina is Tam Ferrans who lives in Kilmarnock, Scotland. Like many modern-day producers he toys with a series of monikers, worried fans of one won't be fans of the other. Thus he also records as Mitoma, and as Altered:Carbon (great name for a band) with Andy Paterson (theAudiologist) to create even more abstract, hip-hop based music. On tonight's show we're treated to sparse garage material reworked as Ambient unCrunk, darkfloor electronica,

Ferrans also co-founded the netlabel Section 27 one which his releases are amongst the 100+ they've produced since 2009. This year he also made this remix of Stormfield’s Collapsing System EP for Combat Recordings; a London based label who released the EP.
As Mitoma he'll soon be releasing a 3rd album Iso:Forms and has new Nonima material in the pipeline.
Here's the playlist supplied with the mix 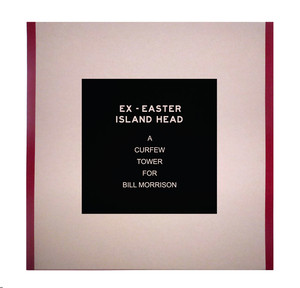 On Saturday night 11-midnight we begin a new season of Free Lab Radio nights with a composite of interviews and music from Bill Drummond's Curfew Tower (Country Antrim, N.Ireland) at a point when Static Gallery (Liverpool) were running the residencies. The Gallery put all the artwork they found hanging on walls from years and years of residencies at the Tower, into the dungeon, and instead put singers and artists in rooms with a Tascam 4 track recorder. 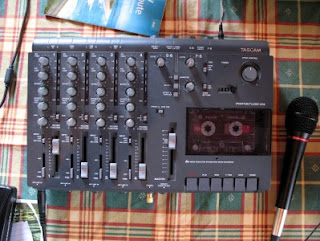 The results of these unique residencies were sold in limited edition vinyl on Ebay by Liverpool based record label PRODUCT Records (Static's comment on the commercial nature of the art commissions) and a the Tower opened with performances by participants, including a piece with Clinic and another with Bill Drummond on bagpipes.