In 2007, Nicolas Gardrat  decides to break out of his room and offer
Bordeaux and surrounding areas his barbaric classical guitar
compositions. Now he's coming to London to do the same. February 10th at 113 Dalston Lane which is an impossible-to-find 'space' inside a house on a road in Dalston....Sunday 10 february
7.3Opm L'Oeillère + la gloïre + CamDeas + guest

Here's the write-up he sent us:
Accompanied by a violinist, he played for two years a repertoire
called "les Memoires de l'Oeil", inspired by ramshackle rock,
judeo-arabic and contemporary music.

- A first album is released by « Les Potagers Natures ».

Suddenly lonely,he migrates to Brussels, and renames himself "
L'Œillère ", he then begins to branch out with musicians from
different backgrounds (Secret Chiefs 3, Jonas Zugzwang, TeTsuo, Aurélie Emery....),
while continuing to compose for his solo repertoire.

His work is centred on the uncertain theory that it is possible to at
the same time, tell stories without words, use an acoustic instrument
that draws a variety of sounds that could turn an electric guitar
green with envy, to write musical pieces suited for rock,jazz and
orchestral formations… and finally,to play them alone in order to
master the feel and the emotions from beginning to end.

There's been a lot of media chat lately about women producers. But it all centred around the women who drive the desk and take control of the final sound direction of albums created by other people, but what about women who are visibly producing their own tracks and standing at the decks? Surely they're taking on more than one role and deserve a shout.

Looking back over Free Lab Radio playlists from the past three years, it is mostly men who've their names attached to the tracks we've loved. So we've put the effort in (it is not easy at first to remember or unearth good women producers, because normally you don't have it in mind whether the musics coming from a man or woman, but this time we've put our minds to it) and also must thank Free Lab Radio Facebook followers who've suggested/reminded us of a few of tonight's playlist.

‘Jammed’ the Story of a Bold, Heroic, Viewmaster Robot

...everyone's talking Green Gardens, Mvula's latest video.
If you love Tuneyards, you'll enjoy this. Mvula, from Birmingham (yes), has caught the ear of the public after a Brits’ Critic’s Choice nomination and has released this video ahead of her new album Sing to the Moon on which Green Gardens will feature, come March 4th on Sony's RCA Victor. Mvula is a graduate of the Birmingham Conservatoire with a degree in composition. There are distinctly unique points running through both her music and her videos, have a look. 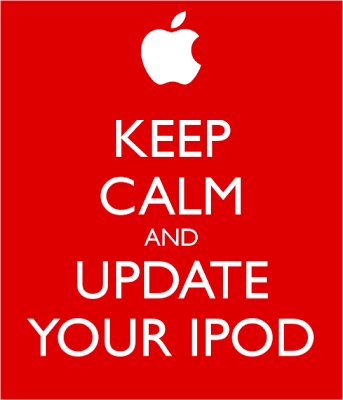 Taken from Alex Smoke's "WRAETLIC" album forthcoming on Convex Industries, RATS is a mesmeric new video pushing the tensions around pixellation of thought, dimensions, presence and that increasingly topical discussion of how-far-is-the-image-real, all matchingly evoked in his music. Listen to past work by Alex Smoke as Wraetlic (the name of both his side project and album).

After listening to Rats about ten times, I'm asking myself can this genre of haunting minimal techno only be stark? Africa-HiTech certainly had some buoyant aspects to their last album 93 Million Miles but it has the same overtones. We are not expecting anyone to defy their musical style, the question is more about how many palettes this genre affords us. How to be minimal then, dodge melancholia and keep your chin up? Send in any samples you've come across that you feel achieve this, we'll likely play them on air and give you a shout.
...
0 comments
Email ThisBlogThis!Share to TwitterShare to FacebookShare to Pinterest
Labels: 93 Million Miles, africa hitech, alex smoke, fari b, Free Lab Radio, genre, minimal, official video, rats, wraetelic

Here in Portuguese is "No Meu Pais" is the first single for free download from Brazilian born cellist and vocalist Dom La Nena, whose debut album, Ela comes out January 15th on Six Degrees. The clip was directed by Dom's husband, the film maker 'Jeremiah'.

Ela is a stunningly intricate and understated collection of thirteen original compositions, sung in Portuguese and Spanish. Dom's delicate vocals and multi-tracked cello textures on the album are supported by spare, minimal arrangements by co-producer Piers Faccini.
0 comments
Email ThisBlogThis!Share to TwitterShare to FacebookShare to Pinterest

Très Chic! Takes You Right Back with Synth Pop You Like.... 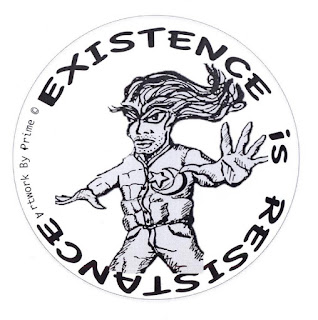 Sound Art Dance Music Radio - presented by Fari Bradley. Sat 12th January: Existence is Resistance, featuring underground DJ and jungle producer Persian whose collaborators include MC Mello, UK Apache and DJ Texsta. Producing vinyl since 1991, Persian has remained a jungle producer, and as such is one of the last few producers of this genre. But is it coming back?
Visit http://www.freelabradio.blogspot.com or https://www.facebook.com/FreeLabRadio for more information. [Repeated Wednesday 2.30am.]
0 comments
Email ThisBlogThis!Share to TwitterShare to FacebookShare to Pinterest
Labels: dubplates, existence is resistence, fari bradley, interview, jungle, persian, podcast, Radio, resonancefm

Since Die Antwoord told their label to stuff it and went indie, they've become more and more interesting...there should've been more costume close-ups though that's our only crit of 'Fatty Boom Boom'...
2 comments
Email ThisBlogThis!Share to TwitterShare to FacebookShare to Pinterest
Newer Posts Older Posts Home
Subscribe to: Posts (Atom)