Fari Bradley takes a look at women producing and fronting their own dance music.

Listen in tonight from 11-midnight on 104.4FM - www.resonancefm.com 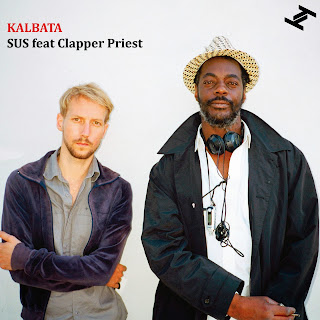 OK that's not really the title, just made it up. SUS! is actually the title of one of tonight's tracks by Kalmata (pictured) on the UK's unwelcome SUS (suspected person) Laws.  Class track, new release too.

So tonight we're sampling new projects by ex-Ramallah Underground and many other new releases, while giving a nod to amazing work from London, Brooklyn, Iran, Berlin and beyond.
I'm on the decks after a long break. Love being forced to get into tracks to that intensity again.

We're loving the retro 90s sound and the dynamic video of this Treaty song remixed by Filthy Lucre.

Yothu Yindi (Yolngu for "child and mother") are an Australian musical group with Aboriginal and balanda (non-Aboriginal) members formed in 1986. The group were highly active established the Yothu Yindi Foundation in 1990 to promote Yolngu cultural development, and produced the annual Garma Festival of Traditional Cultures and as of May 2007 ran a Dilthan Yolngunha (Healing Place). We like the way they use bilma (ironwood clapsticks), hear the original below the remix with its potent English lyrics.

(Then Prime Minister) Bob Hawke visited the Territory. He went to this gathering in Barunga. And this is where he made a statement that there shall be a treaty between black and white Australia. Sitting around the camp fire, trying to work out a chord to the guitar, and around that camp fire, I said, "Well, I heard it on the radio. And I saw it on the television." That should be a catchphrase. And that's where 'Treaty' was born. —Mandawuy Yunupingu, lead singer and guitarist Yothu Yindi 8 July 2004

Melbourne-based dance remixers Filthy Lucre's Robert Goodge and Gavin Campbell adapted the song, their version peaked at No. 11 on the ARIA (Australia's BBC) singles charts. In May 2001 the Australasian Performing Right Association (APRA), as part of its 75th Anniversary celebrations, named "Treaty" as one of the Top 30 Australian songs of all time. In October 1992, the then (another) Prime Minister government awarded Yothu Yindi a $30,000 grant but sadly the money was only used to travel to New York, where the band performed at the UN launch of International Year for the World's Indigenous People. Far better if they had performed at a concert with wider impact, a wider audience and less marginalised programming.

Lead singer and guitar player Yunupingu said he drank up to four cartons of alcohol a day.


"Alcohol was a big influence in my life. I didn't know what harm it did to my body. Before I knew, it was too late".

You'd think someone would've had the wherewithal to tell him. In December 2012 Yothu Yindi were inducted into the ARIA Hall of Fame, with Peter Garrett (former member of Midnight Oil).
In June 2013 Mandawuy Yunupingu died of renal failure. While languages of the aboriginal are disappearing songs like this help us to consider a culture different form ours, which was and still is mostly just brushed aside.
0 comments
Email ThisBlogThis!Share to TwitterShare to FacebookShare to Pinterest
Labels: aboriginal, australia, club, dance, flthy lucre, music, treaty, UN, yolngu, Yothu Yindi

Guest DJ this week is broadcaster DAVID MANDL. The Brooklyn-based WFMU stalwart, Wire writer and muse-o constructs a bespoke playlist for us this week on Free Lab Radio, featuring traces of near-jazz, anti-rock, post-punk, and other unidentified flying genres. What a record collection!

Mandl hosts the radio show “World of Echo” on ResonanceFM's US sister station - WFMU, he is also 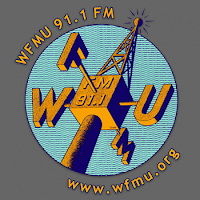 Music Editor, at the Brooklyn Rail and as a freelancer has written/edited/reported for the Wire, The Register, The Believer, Rumpus, Flavorwire, Village Voice, Mute, Semiotext(e), Yeti, American Book Review, Sound Collector, Chicago Reader and more.


Aside from taking stunning photographs, Mandl co-founded the Conflux festival and is a bass guitar and drum player. And a dad. Listen in on Resonance 104.4FM Saturday 11pm til midnight, or catch the repeat on Wed 2.30am (GMT).

We have a winner! Jah Wobble Ticket Giveaway to Music Pilgrim

Congrats to Radu Odiatiu from Romania who's visiting London this weekend and won the pair of tickets to Jah Wobble's Tabernacle gig which is part of the current Nour Festival in West London.

Wadu said that Jah Wobble was responsible for introducing him to the culture of North Africa and Middle East with his basslines and that his "I'm an Algerian" is one of Radu's favourite tracks of all time. Radu also wrote us that as The Tabernacle plays such an important part in British musical history and is a site of cultural heritage, he'd like to be there to see it live.

Jah wobble used to be part of PiL (Johnny Rotten's Public Image Limited), and has now expanded his musical range to experimenting with all sorts of amazing world music collaborators. We advertised tickets on this recent Free Lab Radio episode, on Resonance104.4FM

This week's guest DJ is Flavio Nunes, from Lo Recordings, presenting a superb playlist and exclusive free downloads to give away! Listen in to find out where to get your tracks.

Lo Recordings label was founded in 1995 by Jon Tye. They are noted for their strong visual style thanks to Non-Format, with whom they work closely and won a D&AD award for several of their release sleeves.
Lo & Behold, the home of Lo Recordings, is also about esoteric events amongst other surprises. Home to Luke Vibert,  The Chap, The Adamski Kid (related?) and more, from time to time Lo promotes their music with free downloads and tonight is one of those!  Listen to the show to get your free downloads exclusive to Free Lab Radio listeners.