An hour of lo-bit sound in music. Here's a track by Missill an producer who features tonight and one of the few women promoting lo-fi tetris music. We're putting up 'Forward', though it's not snaffu, for all the people of Tunisia, Lebanon, Egypt and Iran today.

From midnight follows an exclusive unreleased live recordings from the 2004 "Feedback: Order From Noise" tour curated by Knut Aufermann, followed by a live electro-acoustic piece by Oscillatorial Binnage. The piece is centred around the use highly amplified springs, captured magnetically and acoustically, and is to be premiered at Cafe Oto on the 22nd of February
0 comments
Email ThisBlogThis!Share to TwitterShare to FacebookShare to Pinterest
Labels: egypt, feedback, Free Lab Radio, iran, lebanon, lo-fi, missill, snaffu, tetris, tunisia 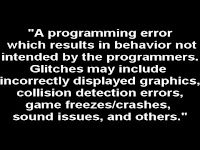 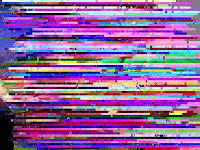 From 1am we are continuing the investigation into feedback.

Exclusive unreleased live recordings from the 2004 "Feedback: Order From Noise" tour that was curated by Knut Aufermann, followed by a live, as-of-yet untitled, electro-acoustic work in progress by Oscillatorial Binnage. The piece is centred around the use highly amplified springs, captured magnetically and acoustically. This work is to be premiered at Cafe Oto on the 22nd of February

I Am Un Chien Tomorrow, Live "Scale" from No-Input Mixer by Federico Barabino (available from http://tecnonucleo.org/index.php?page=release&release=25)

Free Lab Radio is an audio experiment from one week to the next - dance, speech, live broadcasts on location and in the studio - Free Lab Radio takes you places from the comfort of your living room chair.
2 comments
Email ThisBlogThis!Share to TwitterShare to FacebookShare to Pinterest
Labels: Autistici, christopher weaver, Eprom, fari b, fari bradley, Free Lab Radio, Jean Jacques Perry, luke vibert, Resonance 104.4FM, resonancefm

We are a month into the second half of winter, there's light in this.

Sunday at Video is the Only Constant.

DJing on Sunday with a drummer was an eye opener. The drum summoned people in to listen, it's acoustic strength is so physical that it went well with the mega new sound system (since early last year?) at Corsica.

'The Video Is' team screened shorts on a white sheet on stage, some of which were truly amazing. This film maker below, for example, explained the technique for which he has become known as a pioneer and one of the best in his field, no less. Ian Pons Jewell, very interesting, he is one to follow!

The highlight of the evening was the screening of a reel of 16mm film we'd all drawn on. It had been laid out on a dining table covered in white paper and surrounded by tempting pens in the bar. It was a guessing game waiting to see how the static images translated on the projector, and a worthy collaborative project to end the day with. Video Is The...is free, laid back and always well attended. I suggest you join their mailing list.

Links to music played on the show here. It's just quicker, sorry if you hate Facebook, we understand. 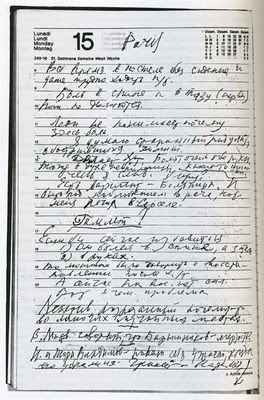 Bringing you the set that can never be played elsewhere, because it's more a chaotic diary of the past month. After Christmas a certain yen for minimalism developed (all praise excess) as we auditioned tunes for our first show of 2011: Datasette, Tokimonsta, Nosaj Thing.

Since then reprocessed doleful sounds of the 80s, political content from A.K. Rockerfeller, as yet unheard Turkish sounds from Djanan Turan and our FEATURED ARTIST, this week from Lebanon. The lovely, Y.A.S. who you may remember from Soap Kills. Many thanks to those who sent in their tunes. If you fit the bill, send us your track submission 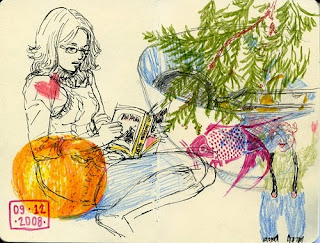 A mixed set for a month of mixed feelings. Up to midnight and then....

On the 2nd part of the show, a introduction to the practise of the no-input mixer through a short performance and pieces by Christopher Weaver. He has now embraced twitter so feel free to spam him. Some interesting collaborations might be on the cards this next two months. Thanks to Cafe Oto for allowing us to pilfer their performers. Come 1am we'll have zoned you into some kind of phonic slumber.

NB: Fari is Djing this Sunday at Corsica Studios, Elephant & Castle for Video is the Only Constant with a live drummer. It's free 5-10.30pm, very laid back....

We've had some messages asking about a track we played out just before Christmas, it's by Captain Ska...he's picking up a lot of interest by word of mouth. Who said Ska was dead? The clever feller has cut up snippets of speeches and dropped them into his rhythm. Somehow the softness of the ska beat juxtaposes itself nicely with the cutting lyrics, making them even sharper. If you feel fired up by the end of the song and want to know more about the role of social media and the arts in activism, there's a link to follow.
LIAR LIAR by Captain Ska
Yours for 79p!
HERE
Read more about our Camberwell hero in the New Statesman
HERE
And the video: