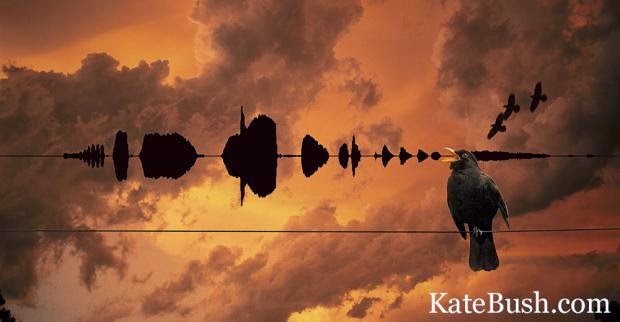 This show's all about the sleeve notes, in the age of the mp3 that comes without a real gift that can be touched and physically enjoyed, we play tracks from CDs. Features are Jerome Bourdellon, album Trajet Solo, track: Papaoel. Sudori -the album by Pino Minafra, the track Trib-Bal.  Plus author /musician Kirk Lake, the album The Black Lights, two tracks Clarke Vs Tyson and "Finish your drink so I can get your glass to the wall there's something more interesting happening next door." Plus 'Kymatik' with their album Dars Al Sulh, Dentists for Mice.

After that is Boogie Balagan, with Mojo Lady 75 and Dalida Blooz (the Baboosh Remix).

And the video was banned, MIA's label wouldn't upload it. But before we get too excited, MIA is just doing what she does best, hunting out what's cool and edgy in subcultures so that she can play off that. Parrots, neon, dogs, monkeys, MIA and the Party Squad make a tropical zoo out of estate life. The video  here - aside from the musical reference below; Shampoo Trouble - an Orwellian Dystopia in which we are monitored from the sky and online, and kids printing guns are either prepping for war or to burn out in schemes of their own doing.

Much like the Shampoo rebels below thrown
out of the O Bar last century (the bar's still standing by the way) these kids are spirited, the best bit is the girls in burqas with the faces of other women printed on them, many of the kids are twins (a reference to the increased use of fertility drugs or cloning). What's weird is not the retro nature of the video, so many producers are into retro right now (check Casiokids) or the retro beat (TIME magazine mistakenly call it dubstep-inspired, but really it's a mash up of styles and works well that way) it's the way the kids behave, there are no adults present (aside from Mamma-MIA) plus the fact that she uses auto-tune and no one minds. These kids don't rate each other on their guns, the DIY guns look like toys, and they hang out in prison regulation sweatpants under the UFO-like drones. Nevermind that drones now can be as small as a bug.

"This sounds like science fiction, but to some it's not so far fetched..."
This isn't what we expected to hearing about MIA right now. For example, how's she managing that   $16.6 million lawsuit from the NFL for flipping the bird at the Superbowl? 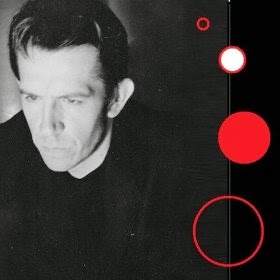 Tonight it's all about the sleeve notes, in the age of the mp3 that comes without a real gift that can be touched and physically enjoyed, we're driven to play tracks from CDs for which we've got sleeve notes, different paper textures, artwork and graphics as well the text and lyrics. So coming to you from the land of CD case and sleeve, all taken from the shelves here at the Bradley/Weaver Household, we've a really mixed bag, Italy, Peckham, Texas…
Features are Jerome Bourdellon, the track from Trajet Solo: Papaoel.  The sleeve notes to this CD include a quote from John Cage

"Listening to Pino Minafra is about reactivating our hidden perceptive faculties, in the widest sense, its about discerning planets during daylight and to suddenly realise that these planets must have spun out of one of those black holes in the contemporary music universe that no one of us , due to the so-called age of information, expects anymore."


From Milan then, we hear the track Trib-Bal.

Plus author and musician Kirk Lake, who we recently played on Free Lab Radio for his collaboration with UK Pakistani artist Shezad Dawood, sent in his CD the album The Black Lights, from which we sample two tracks Clarke Vs Tyson and the unusually titled "Finish your drink so I can get your glass to the wall there's something more interesting happening next door." 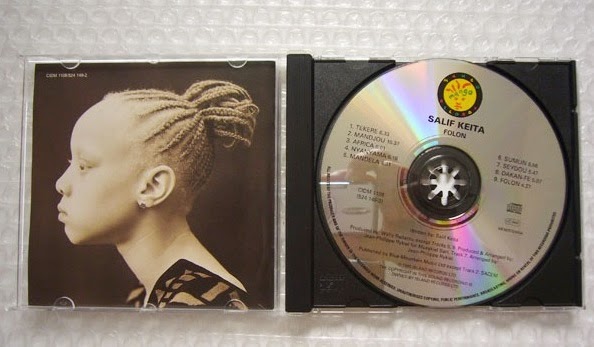 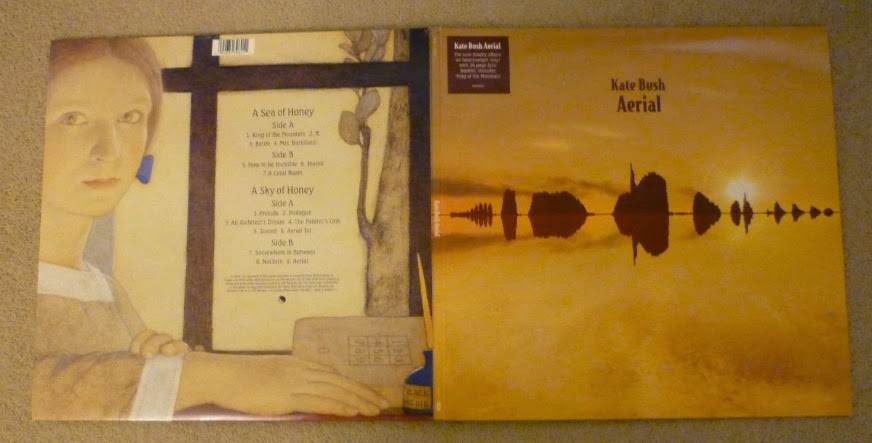 Plus 'Kymatik' with their album Dars Al Sulh, and the long track Denists for Mice.

Also on tonight's show are returning Middle Eastern band Boogie Balagan, we hear from them Mojo Lady 75 "she's a warda from Tarabeen, my parisienne" and Dalida Blooz (the Baboosh Remix).

Now two short tracks from the CD by FlameProofMoth (previously known as The Boycott CocaCola Experience) Women Should be in Charge; Retail Opera and a very short version of an already short song, his most well known track, Gas.

Secret Archives of the Vatican who's CD sleeve features from Arabic digital art Babylon Halt, their track from it "Isa Al Hamid."
Lastly Salif Keita, an internationally recognized Afro-Pop singer, an albino and a direct descendant of the founder of the Mali Empire, with his track Nou Pas Bouger, meaning Don't move us, or Don't shift us.

MAD IN BELGRADE is a 48 hour alternative land and boat festival in Serbia's capital. The immense Danube plays host to a challenge in festival programming and attendance - can you stay awake for the 48 hours of the festival. We gave away two tickets on Resonance104.4FM, while sampling some of the best of the 100 plus performers at MAD, including The Bug and our favourites Who Made Who. If you're not in London, tune in online www.resonancefm.com/listen Tickets rise in price as the day approaches...currently at £50-60 each. Show repeats each Thursday 2am https://www.facebook.com/FreeLabRadio 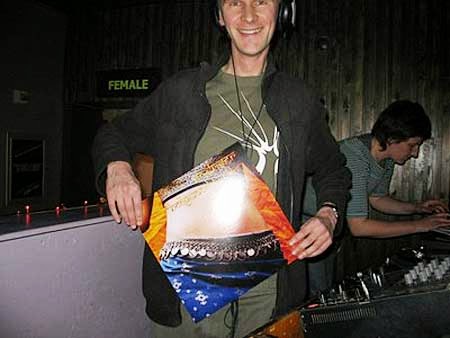 DJ Wrongspeed tunes in to Dicken's Little Dorrit, the soundscapes of the
Thai & Malay forests and Bangkok then onwards into a chaotic vinyl set
including the Firesign Theatre company and beyond.
Heidegger interlopes throughout.

Listen in from 11-midnight on Resonance104.4FM, on your radio dial in London, online elsewhere via this handy little WIDGET.

Alert! Free Festival Tickets!
MAD IN BELGRADE is a 48 hour alternative land and boat festival in Serbia's capital. The immense Danube plays host to a challenge in festival programming and attendance - can you stay awake for the 48 hours of the festival. To win two tickets tune into the show this Saturday night 11-midnight on 104.4FM, where we'll sample some of the best of the 100 plus performers at MAD, including The Bug and our favourites Who Made Who, and let you know how to win.

If you're not in London, tune in online HERE
Otherwise tickets rise in price as the day approaches...currently they are at £50-60 each. Show repeats Thursday 2am, competition ends Thursday 15th 3am.

0 comments
Email ThisBlogThis!Share to TwitterShare to FacebookShare to Pinterest
Labels: europe, festival, Free Lab Radio, mad in belgrade, resonancefm, serbia, summer, the bug, who made who

Tonight's mix is by Dan Davies an occasional DJ who works as journalist, editor and creative digital manager for Village Underground.

2014 is the centenary of the 'first ever' electronic music performance, given by Italian Futurist Luigi Russolo. This accolade of Russolo's is disputed by sound art researchers (some of whom are resident at Resonance104.4FM, where we re-recorded the first ever performed electronic piece with me at the piano, soon to be published online by The Wire). However it is mostly accepted that the most renowned advocate of early electronic music was Russolo, who even wrote a manifesto on The Art of Noises. While his name is familiar to us on the sound art scene, a dance and live music venue in London set about trying to introduce him on the eve of his anniversary to general club-goers, while conversely bringing electronic performance to the Barbican that would normally sit better in a dance venue (the Fuck Buttons for example).
The series and collaborations were all a bit complicated to follow but basically, Village Underground are trying to shake up the monotony of mainstream dance music in London today with Convergence, a new multi-venue music and technology series, with a nod to a seminal movement that took hold a hundred years ago. And who are Village Underground? A Victorian Warehouse space in Shoredtich and has played host to artists as diverse as Nas, Fat Freddy's Drop, Fatoumata Diawara, City of London Sinfonia, Jeff Mills and Roni Size. The tube trains on the roof which you might have spotted driving up Great Eastern Street are affordable office space for creative businesses supported by ethical bank: Triodos.
The concepts and sounds of the Futurists have long been traced to lingering styles of sound art and even music today, but not usually in mainstream electronic dance music production. So to mark the centenary, a collective called Noise of Art organised the series of parties in venues across London, their director previously having worked on London's Ether festivals and Village Underground playing host to Booka Share amongst others. This was a rare live outing from Frankfurt house-duo Booka Shade "which will go some way to demonstrating the German's influence on electronic music". Booka Shade gave the London debut of their live set for a new album Eve and curated an after party at VU, you will probably have heard their most famous bassline, which kicks on at about 1'23" in this track. As a teen, I was struck by how much space there was in this track, and how satisfyingly reliable it was. It was a complete balm at the time.


Village Underground stated they were focusing on pioneers who use technology to innovate: "to break the usual beat rather than getting stuck in a loop".  While the intention is applaudable, the music, at least at the after party, was pretty staid creatively compared to what we're used to (we are a fringe radio station), however we look forward to seeing where they're going with this. Further left, always welcome.